Most of the travelers who are visiting the Leh Ladakh focus mostly on the Leh nearby areas such as Nubra Valley or Pangong Tso. However, if you look closely the small and beautiful Leh city offers you a number of tourist’s places to visit in Leh city. It is not just a place where you stop or make base while traveling to other nearby areas, however it a place with several tourists’ attractions that are worth seeing.

Places to visit in Leh City

Leh city is one of most beautiful city to visit on a Leh Ladakh tour. Here is a list of things to do and places to visit in Leh city.

The Leh Palace, which is also famous as ‘Lhachen Palkhar’. It is one of the most historically rich structures present in India. It is located in the Leh city of astonishingly beautiful Kashmir in India. The King Sengge Namgyal built this big and beautiful mansion in the 17th century as a royal palace. This palace is a nine stories building and was one of the tallest buildings in the 17th century. You can see some splendid panoramic views of the entire Leh city also of the Stok Kangri and Zanskar Mountains of the Himalayan ranges from the palace. In that way, the palace is situated in a strategic position.

Namgyal Tsemo Monastery, which is also famous also known as Namgyal Gompa. It is an ancient Buddhist Monastery located in Leh city. It is located on the same hill where Leh Palace and Tsemo Castle is situated. While Shanti Stoopa a little further on another hilltop and is locally known as the Khar. 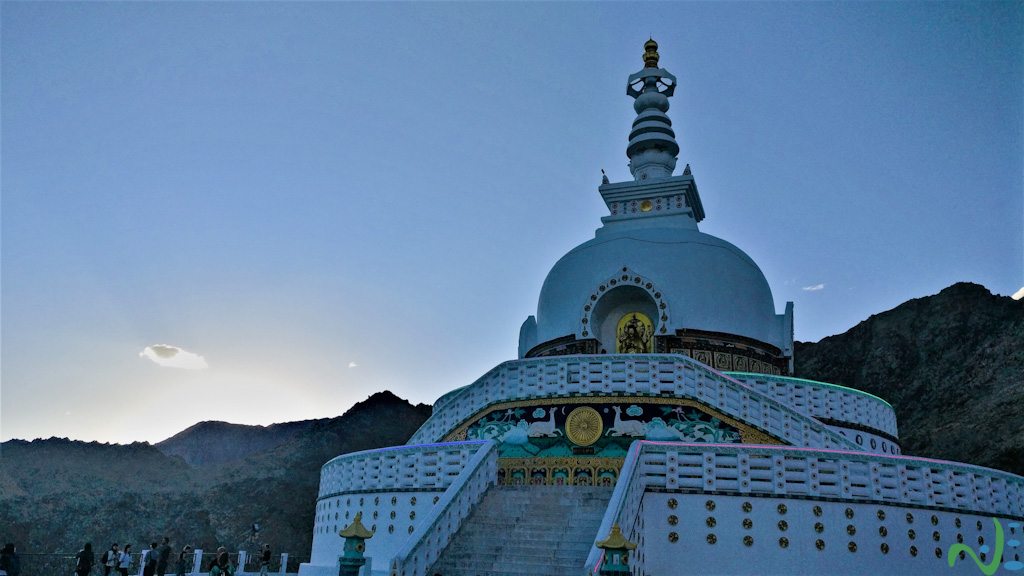 A panoramic view of Shanti Stupa

The Shanti Stupa is a dome-shaped structure in white color that represents the Buddhism. It is one of the most splendid Tibetan structures present on earth and is one of the best places to visit in Leh city. Its architecture and beauty are Inexpressible. This wonderful structure is present on the top of a steep hill at a height of 11,841 feet above sea level. The height and stunning surrounding gives a scenic view to the Stupa and attracts many tourist yearly. In front of the Stupa, Leh Palace is present which totally hides the view of the beautiful Leh city. On the other side, Changspa village is present and adds a very beautiful and panoramic view of it from Stupa. The natural illumination of the moon in night adds jewels in the beauty of the Stupa, particularly on a full moon night.

General Zorawar Singh fort or Riasi Fort as people call it, was built by General Zorawar Singh. It was a base of the Dogra rulers. There is a mosque, a natural spring, and a Hindu temple inside the fort. You can also see a collection of coins, stamps, and some other objects from the wealth of different rulers. You can either reach the fort by driving or by half an hour walk from the Leh city bazaar. 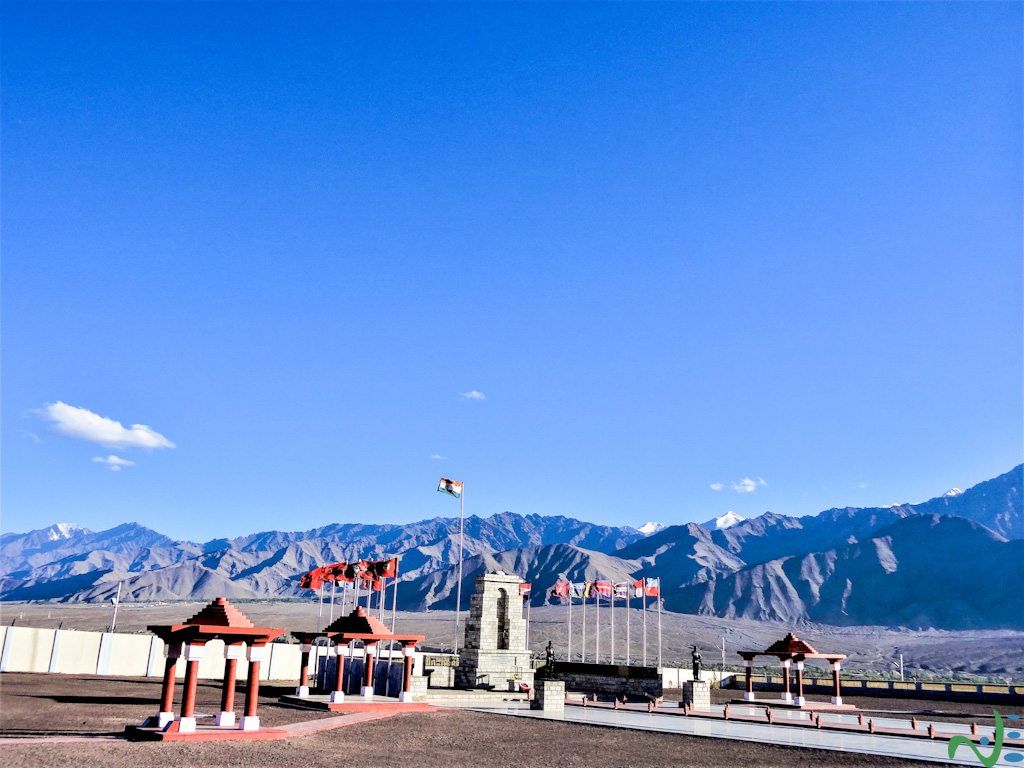 Another place you should during you’re in Leh trip is the Hall of Fame. It is situated about four kilometers from the main town. This glorified museum was built in memory of the brave troopers who lost their lives fighting for India at the Indo-Pakistan war.
Maintained by the Indian Army, the museum showcases taken over arms and amenities of Pakistani Army, pictures, and biographies of brave troopers. A section of the museum additionally displays Siachen area, exhibiting attire and amenities utilized by the Indian Army within the region. A 30-minute film features numerous aspects associated with Kargil war.

At around 25 kilometers from Leh on Srinagar to Leh route, built in 1517 to memorialize Guru Nanak Dev’s visit to Ladakh, is Gurudwara Patthar Sahib. It’s noted for a large stone that’s believed to have Guru Nanak Dev’s imprint on it and another stone that’s believed to have the imprint of a demon he encountered here. Each of these stones is on display here.

The popular Magnetic Hill of Ladakh is alleged to be a gravity hill where vehicles defy the force of gravity and move upwards on the hill once place at the marked location. The Hill lies at a distance of 30 kilometers from the city of Leh, at an elevation of around 14,000 feet above sea level. To the eastern side of the Hill flows the Sindhu river, originating in Tibet and is a nearly essential stopover for all people who visit Ladakh. An optical illusion or actuality, the Magnetic Hill in Ladakh has mysterious magnetic properties that draw tourists from across the world.

A little away from Magnetic Hill and slightly before the little village of Nimmu, you’ll see the confluence of Indus and Zanskar rivers. The two rivers merging into one another to make one, one with muddy waters and also the different one with crystal clear waters, is sort of a sight. It’s an honest spot for photography moreover.

Once used as a summer retreat by kings of Ladakh, this palace is usually in ruins currently. It was built in 1655 and is located in Shey Village, 15 kilometers from Leh on Manali Leh highway.

This monastery is located inside the premises of Shey Palace and was also built in 1655. It’s noted for a large copper with the gilded gold statue of a seated Shakyamuni Buddha.

This monastery is located on top of a hill in Thiksey village, about 19 kilometers from Leh city, at an altitude of 3,600 meters (11,800 ft). It’s the biggest gompa in central Ladakh Tibet noted for several things of Buddhist art like stupas, statues, thangkas, wall paintings, swords, and a 15 meters (49 ft) high statue of Maitreya. Maitreya is the biggest such statue in Ladakh, covering two stories of the building.

Established in 1672 AD by king Senge Nampar Gyalva, this monastery is located within the little village of Hemis, at a distance of 40 kilometers from Leh city. A good time to go to this monastery would be within the month of July when a colorful festival is held within the village. The monastery and village also are near to Hemis national park, home to the vulnerable snow leopard.

A great place to have a walk and do a bit of shopping. There are many things here that are native to either Ladakh or will only be found in Jammu and Kashmir.